I have been asked by a couple of people to go through the list again, so see below for the update of this post from Dec 2018. It has not changed much (removed A EM 2011), but I have added some general guidance, as well as a list of not-recommended papers.
With so few combined technology papers, you need to do some of the older papers to practice, including papers in the technology that you are least comfortable with.
In general:
READ MORE ►►
Posted by Pete Pollard at 4:10 PM 4 comments:

Email ThisBlogThis!Share to TwitterShare to FacebookShare to Pinterest
Labels: A paper, B paper, Claim Drafting in Electricity/Mechanics, COMBINED AB PAPERS, EQE, Paper A, Paper B 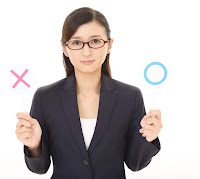 Every year, the epi asks for volunteers for the EQE committees - as expected they need more help for EQE 2021. New members are mainly needed to mark papers - after approx. 2 years, you may be asked to help draft papers. The Official notice and application form is here under Examination Committees. Some highlights:

If it helps, maybe buy me a kopi luwak. Thx!